What is Women’s Equality Day?

Women’s Equality Day commemorates 26th August 1920, when votes to women officially became part of the US constitution. This day marks a turning point in the history of the struggle for equal treatment of women and women’s rights.

After 72 years of campaigning by a huge civil rights movement for women, the 19th amendment granted women the right to vote for the first time and was a result of the women’s suffrage movement in the country.  It was and still remains a major landmark in the women’s rights movement in the United States, was first introduced in the Congress in 1878 by California Senator Aaron A. Sargent on the behest of suffragists Elizabeth Cady Stanton and Susan B. Anthony. Because of this, the first version of the amendment is often called the Anthony Amendment, after Susan B. Anthony, who was arrested for voting in the Presidential elections in 1872. 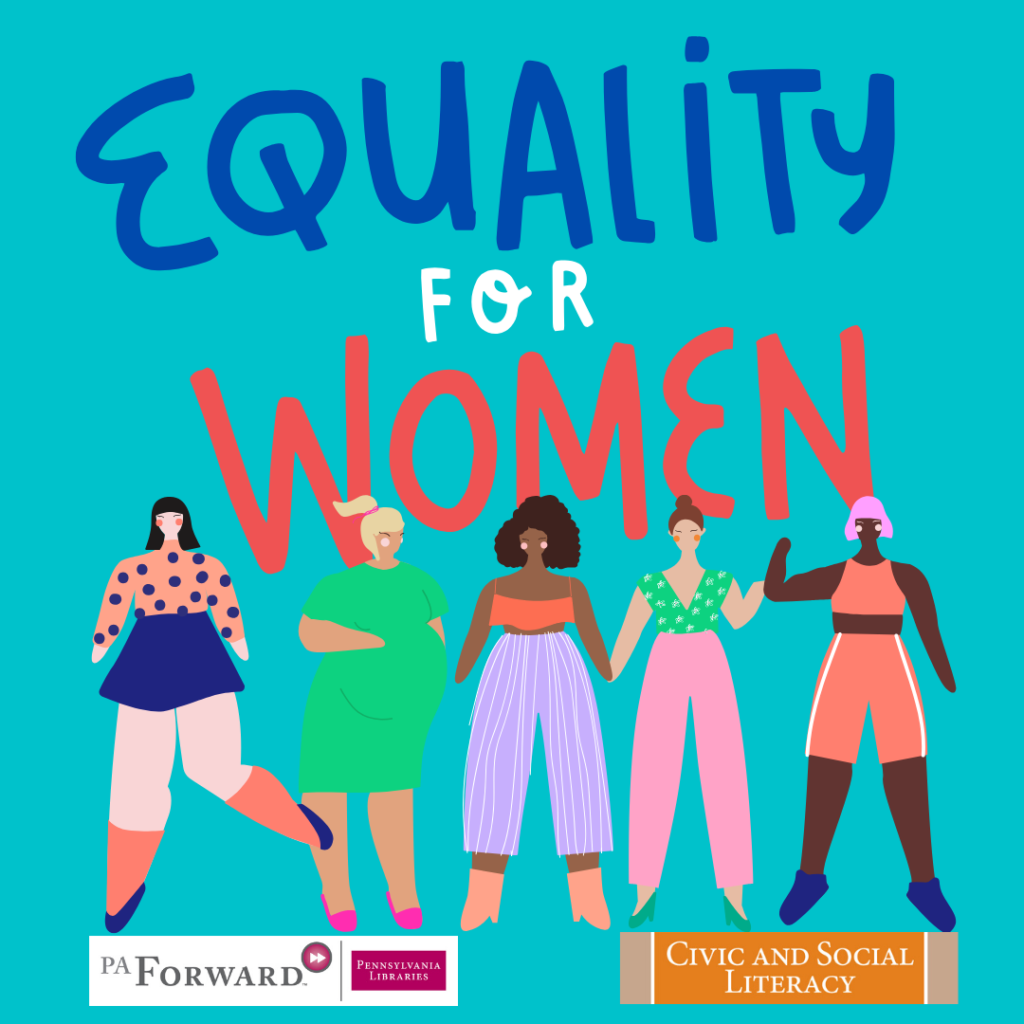 Christina Xydias is a political science professor at Bucknell University in Lewisburg, PA. She teaches and does research on gender and politics, elections, and legislatures. In much of this work, her regional focus is on Europe. When she is not talking and thinking about patterns in the political world, Xydias loves to read fiction (favorite authors – though it is very hard to choose – include: Umberto Eco, Sue Grafton) and run long distances. 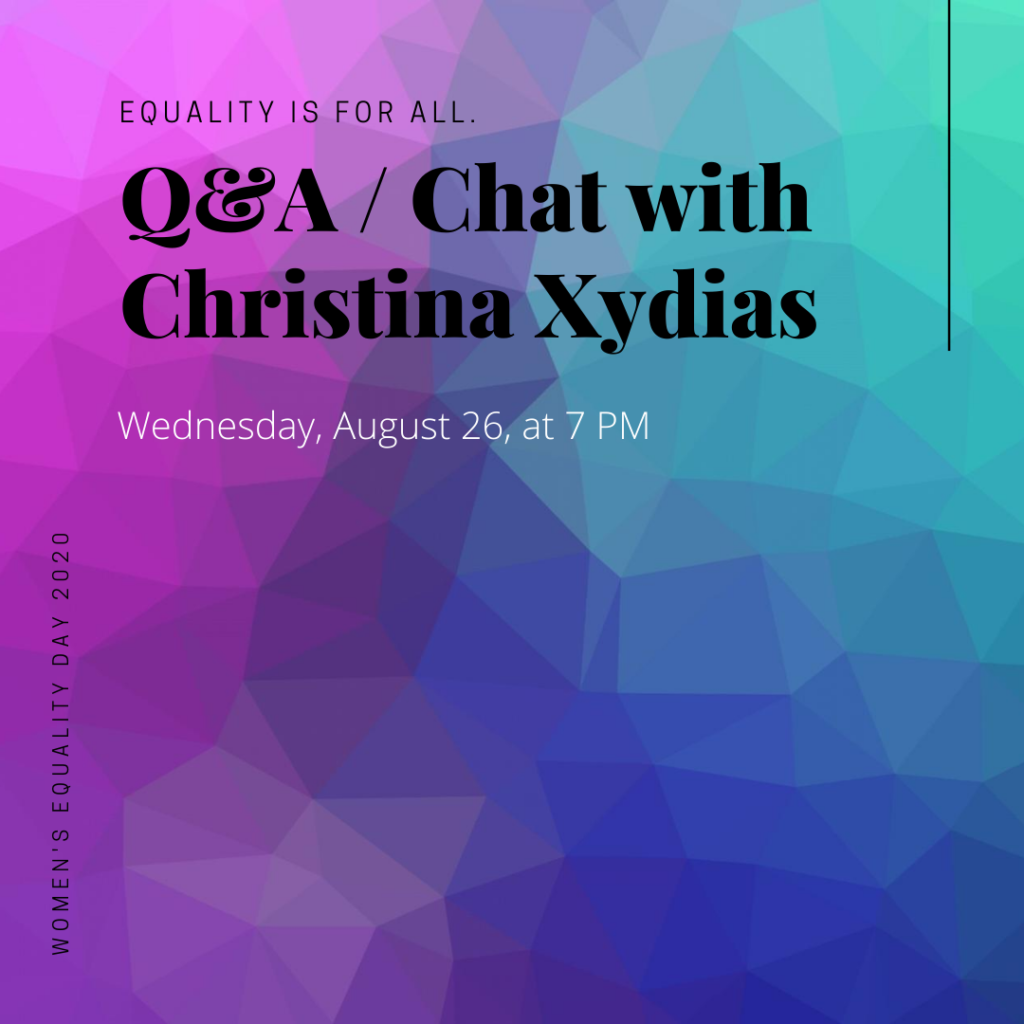 (3) There are lots of differences among women (money, education, race, etc.). In spite of these differences, do you think that there are some concerns that women have (as a group) that men are less likely to have? Why or why not? If you do think there are concerns that are different for women and men, what are they?

(4) In 1920, the 19th amendment to the U.S. Constitution ended restrictions on voting on the basis of sex. One century later, the U.S. Congress is still not representative of women in the population; just under 25% of Congresspeople are women. Do you think that women’s lower presence in national office is a problem? Why or why not?

The Moment of lift: How empowering women changes the world by Melinda Gates – A Nonfiction book covering topics from empowering mothers to unpaid work and women in the workplace.

Before she was Harriet by Lesa Cline-Ransome and illustrated by James E. Ransome – This Children’s book introduces children to the life of Harriet Tubman, who became a face for freedom and equality.

Battle of the Sexes (DVD) – During the rise of the Women’s movement, the 1973 tennis match between Billie Jean King and Bobby Riggs became one of the most watched games. However, each player faced more complex issues than just a tennis game. 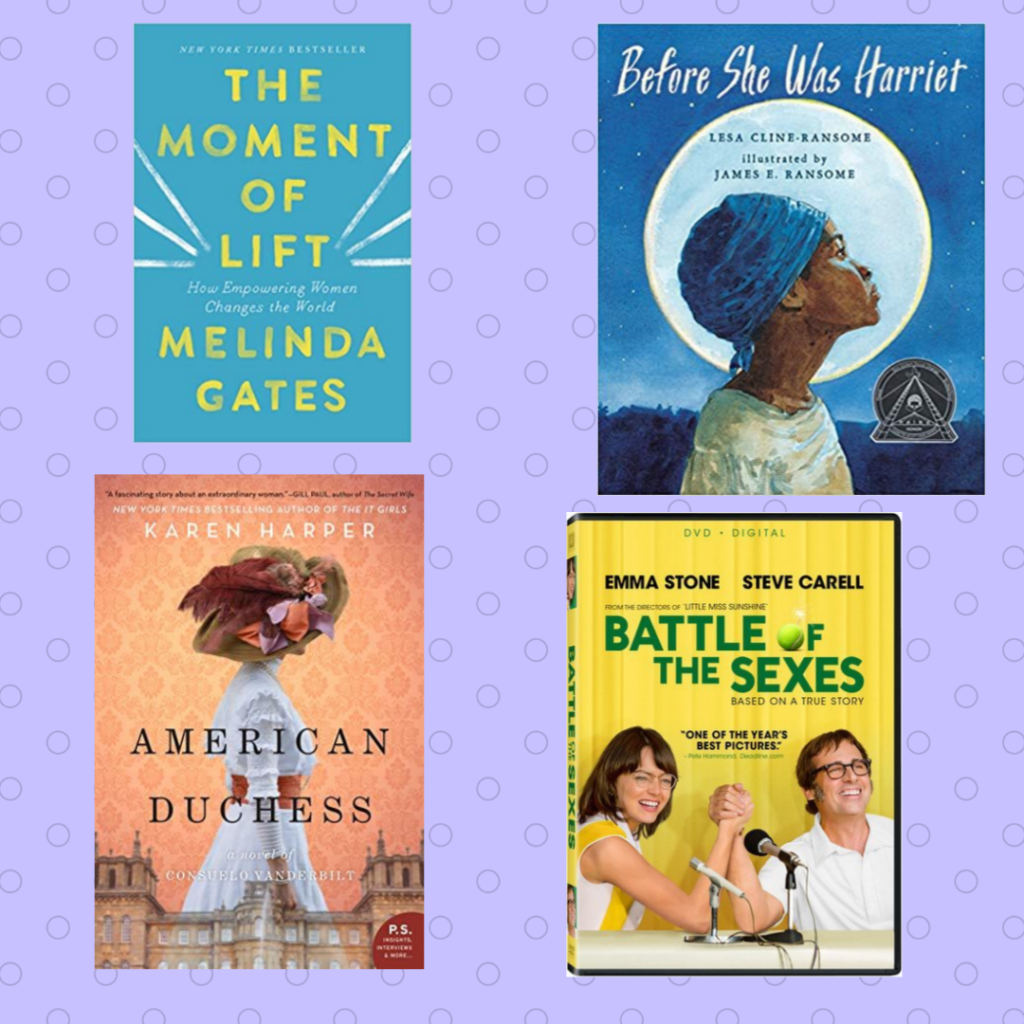 A recent book by U.S. historian Martha Jones: Vanguard: How Black Women Broke Barriers, Won the Vote, and Insisted on Equality for All (2020)

A recent book about the centennial of the 19th amendment by Christina Wolbrecht and Kevin Corder, A Century of Votes for Women: American Elections since Suffrage (2020).

Interview with the authors about writing this book:

U.S. public opinion about women in politics from the Pew Research Center: